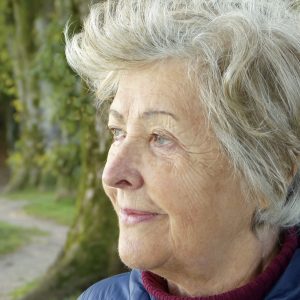 I first spoke with Connie three years ago.

Newly diagnosed with breast cancer, she wanted to make sure she was doing everything she could. She and her husband were terrified.

They lived in Ontario with their young daughter, Abigail. Connie was an orthodontist who prided herself on her work. Her husband worked for a big tech company, a job he also loved.

But as steady and strong as Connie and her husband were, they were not at all prepared to deal with cancer…(after all, who is?!)

In 2018, they heard those dreaded words: Connie had breast cancer.

Their peaceful life was turned upside down.

After a good cry and some deep breaths, they did just the right thing – they immediately started to explore all of their options.

Reaching Out to CTOAM’s Cancer Experts…

One of those phone calls was to me and my team at CTOAM.

Alex told Connie that the first step she needed to take was to get an accurate and detailed diagnosis.

In other words, she needed to find out what, exactly, was driving her cancer.

Because once she knew that, she’d have more options…and more certainty that she was getting the right treatment.

Alex went on to explain:

“The best way to get informed about what is driving your cancer is with two types of diagnostic tests: genetic testing and PET/CT scan. PET/CT will show where the cancer is in your body, as well as which tumours are most aggressive and which are dead (or benign). So it can be used for diagnostic purposes and for treatment monitoring, too. Genetic testing, meanwhile, will determine the exact cause of your cancer by showing us which genetic mutations have occurred and are now driving your cancer.”

Why Genetic Testing Is So Important

“Genetic testing will determine the exact cause of your cancer…”

From there, Alex would be able to identify which targeted treatments would be best for her…

Connie and her husband listened to Alex with full attention.

They both felt his advice was sound.

His recommendations aligned with what their research was telling them – that genetic testing would be an important element of her care.

So at her next oncologist appointment, Connie showed her doctor the report Alex had given her, which included the recommendations for specific genetic tests.

And guess what Connie’s oncologist told her?

“He’s wrong. You don’t need that. You’re already getting the best treatment. It won’t change anything.”

Surprised and confused, Connie looked at her husband…

Neither of them knew what to think.

What were they to do?

After all, they were both brand new to this whole cancer thing –

They were stressed out and just wanted to have someone who knew what they were doing tell them what to do. (Fair enough, right?!)

In the end, they thought it best to not offend Connie’s current treating oncologist.

They didn’t want to rock the boat.

They also both desperately wanted to believe that the oncologist was telling the truth…that everything would be fine…there was no need to do anything else.

So Connie and her husband accepted her oncologist’s dismissal of Alex’s recommendations.

And they accepted the diagnosis given to her based on just the CT scan results.

Shortly after, her oncologist put her on the typical treatment protocol: surgery, then chemo and radiation.

The days were long and hard.

There was a brief period of success after the first round of treatments…about 6 months of feeling sort of okay…and then Connie started feeling worse.

Her cancer had metastasized.

Then the same pattern:

After enduring the difficult treatment, Connie would have a bit of stability, but then it would inevitably get worse again.

Several years of this went by.

She and her husband started to lose hope.

Until Connie reached out to me again.

“The last three years have been hell. I had to stop my job completely…I have too much time to sit and worry about my cancer and the future. I go in and out of treatment. I feel scared for my daughter. There have been periods where I thought it was over but now it’s spread. I’m running out of options.”

Guess what else she told me?

“My husband and I have also done a lot more research into cancer treatment. It’s basically become our lives. And I believe now that what Alex had originally recommended to me was the right thing. I shouldn’t have accepted what my oncologist said.”

I felt so sad and frustrated when I heard her say this. It did not have to be this way.

I hear similar stories from way too many patients.

“But now I have no choice. Maybe it’s too late, I don’t know. But I want to get the tests you first recommended because I need to know if there are any more options for me.”

She sent through her medical records. Alex looked at Connie’s file – she was right…she didn’t have much time anymore.

Had she gotten the genetic testing from the get-go, we could have found the right treatment for her asap and she likely would have had an excellent chance at sustained remission.

So What Happens Now?

Thankfully, Connie can find out if there are any options left for her.

We’ve just sent her tumor to be sequenced via one of the most comprehensive broad-panel genetic tests available.

As soon as we get the results, our research team will identify all possible treatment options.

(Also, just to note – and many folks are surprised to hear this – our patients are almost always able to get our treatment recommendations covered.)

The reality is this:

It’s kind of like a lottery, the genetics of cancer, at Connie’s current stage of progression.

Depending on her genetics, it still might be possible for her to experience long-term remission.

But, at this point, she also may only be able to add another few years to her life. A few more quality years with her daughter and husband…

No amount of time is ever enough with the people you love, I know. But one thing’s for sure – more time is better than less.

So there may very well be hope for Connie. We’ll know in 2 more weeks.

But the most heartbreaking part of this situation –

What keeps spinning around in my mind…

Is what Connie told me at the end of our recent call.

She sounded almost guilty or ashamed…

She said:
“I just really wanted to believe that everything was going to be okay. You really want to believe that. So when my doctor told me that they were getting me the best tests and treatments already – and that I didn’t need anything else – I just trusted that. I wanted so badly to trust it.”

Firstly, no one should feel guilty or ashamed for trying to do the best for themselves – for trying to make sure they have as much information as they can about anything that could be helpful.

And no one should feel guilty or ashamed for choosing to follow their doctor’s advice, either.

You’re doing the best you can.

And you deserve to feel fully confident about your cancer care choices, without any cancer treatment regrets.

Cancer patients shouldn’t have to fight for their cancer care!

But they do. YOU do.

Cancer expert Alex Rolland and I co-founded CTOAM over 10 years ago to make it easier for cancer patients to fight for better care – to help them get better treatment, as soon as possible.

No matter what your doctor says, listen to your gut.

If you want to give yourself the very best chance of beating cancer, you need the most current medical science brought to every element of your treatment plan.

And you can get that through CTOAM Precision Oncology.

To find out more, just register for a Precision Second Opinion with our cancer expert, Alex Rolland.

Alex has helped hundreds of patients live far longer than standard care predicted and many of our patients have achieved long-term sustained remission.

I know this isn’t easy. Far from it.

But you can do it.

And we’re here to help make it happen.