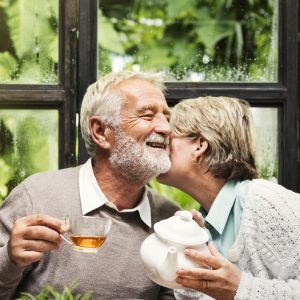 There is no greater reward than hearing from happy family members of patients we’ve helped. Here’s what the daughter of one of our patients shared with us when she updated CTOAM on her father’s health status.

“My father is doing very well. He just had his appointment with his oncologist who gave him a glowing report. Best possible outcome. I am sure that the immunotherapy was instrumental in his cancer being undetectable a year after diagnosis…especially without surgery. We are confident that this good report will continue into the future.

We are very grateful for your help and do believe more people should have access to this treatment [Keytruda]. We hope this will make the treatment more accessible, too. Once again, thank you so much.”

In December 2016, Julio went in for surgery for what his doctors had diagnosed as a Warthin’s tumour (papillary cystadenoma lymphomatosum), which is a benign cystic tumour of the salivary glands.

However, during surgery, his doctors noticed a cancerous mass with finger-like projections protruding into the surrounding tissues. A new sample was taken and submitted for pathology. Unfortunately, the tumour sample contained many immune and other inflammatory cells that hindered diagnosis.

So while a first diagnosis of peripheral T-cell lymphoma was initially considered, in March 2017 his pathologists settled on a new one: poorly differentiated parotid squamous cell carcinoma (a major salivary gland).

His doctors suggested that extensive surgery, followed by radiation therapy, would be his only option, which would leave him significantly disfigured.

Julio wasn’t ready to accept this future, so he reached out to CTOAM.

As of December 2017, Julio had completed six infusions of Pembrolizumab (PD-1R) immunotherapy. Currently, he is doing very well and, remarkably, is completely cancer-free!

In March 2018, Julio had an appointment with his public system oncologist at the Princess Margaret Cancer Centre, who gave him a glowing report. The oncologist told Julio that he has had the best possible outcome.

As CTOAM predicted, the immunotherapy was instrumental in Julio’s cancer being undetectable a year after diagnosis – this is hugely significant, especially given that Julio did not have any surgery.

Make sure you know what your best evidence-based cancer treatment options are. Register for a Precision Second Opinion with our medical team today!